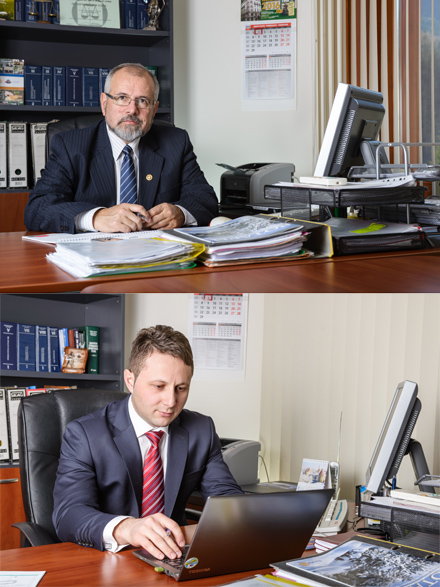 Law Firm “Sirakov and Sirakov ” was founded on  8th of June 2011 year and is regularly entered in the records of the Supreme Bar Council under number 2600000247 and in Register Bulstat with UIC 176117128. The Company is represented by its Managing Partners:

The main activity of the law firm since its establishment is associated with:

The working languages used in the law firm are Bulgarian, English, French and Russian. Law Firm “Sirakov аnd Sirakov ” invests in the qualification of its team of professionals constantly. In addition to traditional seminars organized by the Supreme Bar Council and the Union of Jurists in Bulgaria, the lawyers working in the lawyers` partnership have been speakers or participants in various forums, some of which are: “Bolstering the business of Liberal Professions”, European Commission, Brussels, April 2014; “The EU directives on fair trial rights in criminal proceedings” (Fair Trails); European Court of Justice (CJEU) and the National Jurisdiction – The role of the lawyer (UIA); FIDIC – “Conditions of Contract for Construction”, “Dispute Resolution”, “Agreement Client-Consultant”, etc.

In an effort to develop and enrich the professional field of activity carried out by the law firm in the period 2015 – 2016 years the Managing partner Attorney-at-Law Liubomir Sirakov graduated master’s degree in International Sports law (Global Executive Master in International Sports Law) at the Instituto Superior de Derecho & Economía Madrid, Spain.

The associates who represent the company they also serve the society through their participation in various non-governmental organizations and programs to enrich and develop local and national causes.